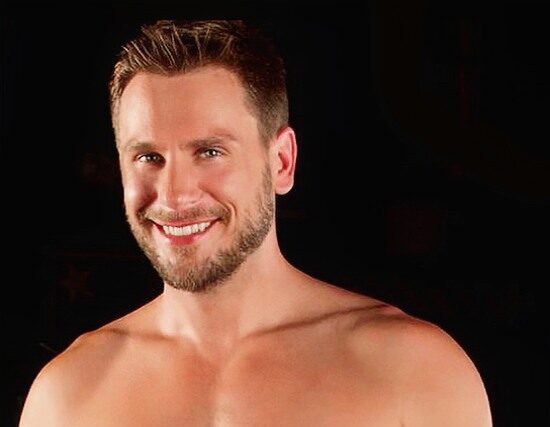 Hans Berlin (real name Florian Klein) was born in Bavaria, Germany. He is a famous German gay porn actor, go-go dancer and adult model. Prior to performing in adult films, Hans Berlin was a film and television actor. Hans was excited to attend a three month acting course in 2002. He fell in love with the city and stayed in New York for four years to complete an acting program at the prestigious HB Studio. He began modeling and doing nude modeling jobs, but then started to take dancing jobs on the side and realized how much money he could make in one night at a club. This period was very good for Hans, as he honed his performing skills and decided he was ready to move to Los Angeles to try to obtain mainstream Hollywood work.

Once in Los Angeles, Hans had a few modeling jobs, but it was difficult to sustain the lucrative money he made dancing. He began dancing again at clubs in Los Angeles and slowly began to meet people in the Adult Entertainment Industry. Becoming frustrated with the Hollywood opportunities in mainstream, Hans decided to take some of the adult work he had been offered. Hans shot his first scene for TitanMen in 2012. Hans has done work for multiple major studios in the US and Europe. In May 2019 Hans created and presented in NYC the musical “Shooting Star”. “I told my parents when I went to the US that I am a dancer, like from Magic Mike,” Hans said. “I’m thinking of telling them, but why? When I’m home, I can just be me, and the whole world is behind me.” His parents aren’t aware of his new job, but not every family member is in the dark.“I’ve only told my older brother. He lives a pretty regular life. He still lives in our hometown. He’s jealous of all my travel and all the sex I have,” Hans said, adding that his brother is straight.

Hans shot three scenes for “Frankfurt Sex Stories” during his visit to Frankfurt in summer 2018. We were also very happy that he gave us an interview. You can watch the full interview with Hans Berlin here.

This website uses cookies so that we can provide you with the best user experience possible. Cookie information is stored in your browser and performs functions such as recognising you when you return to our website and helping our team to understand which sections of the website you find most interesting and useful.

Send this to a friend