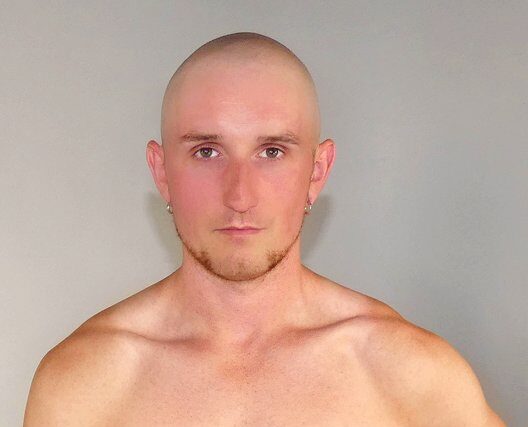 There’s a lot of excitement coming with Dartcore; he’s one of the hottest new Frankfurt Sex Stories models to perform in recent years. He has been living his life as straight man, but has a bisexual side that he felt was time to explore. And there is no better place to explore than here at Frankfurt Sex Stories. And while the Poland native might be a Berlin-based insurance salesman by day, he’s not shy about stripping away his clothes and showing off his athletic physique when the workday is over. Dartcore’s premiere scene was in “PHOTO SHOOT VOL.2” — together with Paul Vinzent and Jay Lover. Dartcore has a nice body, a beautiful face and a thick hard dick that’s always ready for action. Dartcore has the heart of an exhibitionist: he loves modeling for the camera, and having people watch him while he’s having sex is a major turn-on. So taking a shot at performing in the gay porn industry was a natural first step, and Frankfurt Sex Stories is the studio he’s chosen to make that debut with. Dartcore is a top: he’s not shy asking his bottoms to suck his dick before bending them over and fucking them doggy style.

This website uses cookies so that we can provide you with the best user experience possible. Cookie information is stored in your browser and performs functions such as recognising you when you return to our website and helping our team to understand which sections of the website you find most interesting and useful.

Send this to a friend